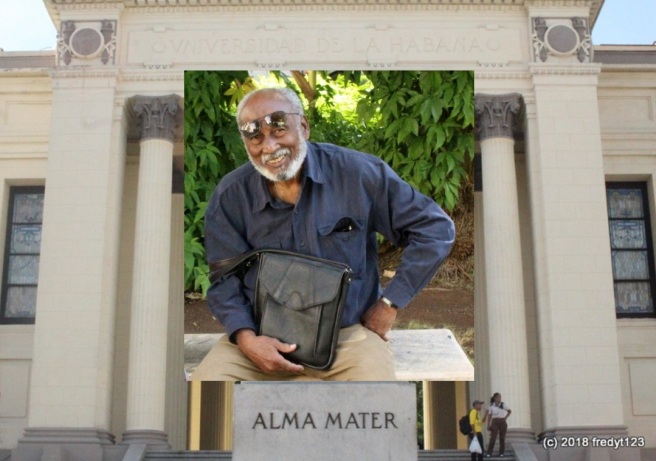 Like many who travel to Cuba my initial visit in 2015 was based simply as intrigue.  I wanted to see the country for myself.  I knew very little of the people and the culture.   Prior to that first visit I had to absorb myself with whatever knowledge I could find.  About a week before my trip I popped into Eso Won bookstore in Leimert Park.  They happened to have two recent books on Cuba so I grabbed both.  Unfortunately, I was not able to read them until I returned.

Once I read “Race in Cuba” I was blown away.  While Cuban’s define themselves as ONE, the vestiges of racism and color take on a new dimension even in Cuba.  So, while my initial interest in going to Cuba was simply to check out the country, I quickly changed my focus and wanted to learn more about “The Negro League and Cuban baseball and further explore the dynamic of race.  Later that year I dialogued with the author of the book, professor Esteban Morales Dominquez and he shared many essays he had written on race, politics, even covering President Barack Obama.

Since then we have become very close friends and he is one of my top authorities regarding issues relating to Cuba.

Even though Professor Esteban is retired his voice is sought from across the globe.  He pens relevant essays on a regular basis and they are embraced because of the perspective readers are offered.

I am pleased to announce that Professor Esteban has agreed for some of his writings to appear on ThomasReports.  Even this week there has been a storm of controversy regarding the comments Senator Bernie Saunders made in mentioning a positive attribute of the Castro regime.  I have asked Professor Esteban to chime in.  So, stay tuned.

Professor Esteban Morales Dominguez is retired from the University of Havana.  He is a well sought-after author who holds two pHD’s in economics and history, one being from Russia.  He and his wife Katia reside in Havana.