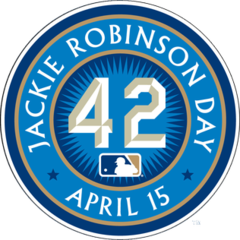 It has been no secret that Major League Baseball may have finally found the combination to the vault!  Inside the vault was the treasure trove of players who hail from the Caribbean’s largest country known as CUBA.

Contrary to some who are just discovering or re-discovering this “forbidden” country, baseball has long been a trademark of the island.  Competition dates back to December 27, 1874.  Even as the Negro Leagues were building legendary status; due to legalized segregation practiced in the United States players were forbidden to join Major League teams.  It was during their heyday they found a welcomed ally and a fan base in Cuba who appreciated their style of play.  Those who remember the movie 42 may recall the scene when the Los Angeles Dodgers were trying to transition Jackie Robinson to first base?  It actually took place during a time when some of the Dodgers trained in Cuba.

“I have found memories of Cuba.  While with the Dodgers I pitched down there about six years.  I don’t like the government but I love the game of baseball.”  Tommy Lasorda, Los Angeles Dodgers

Once the Cuban revolutionist took place, baseball was banned, although temporarily.  The new regime understood the impact sport plays in our society, thus the Cuban national team took on a new dimension.  They became a powerhouse and a powerful tool for the country.  The fact players were paid a pittance (in capitalist terms) is important, but not as important as the pride players took in being a part of the team.

During the last 15 years or so there has been an escalation of baseball players from Cuba who had the aspiration to play in the Major Leagues.  Those who arrived, although through very dangerous circumstances were welcomed.  Some eventually achieved success, but many more did not.

Major League’s interest in Cuban players is somewhat of an unknown topic.  However, those familiar with the sport simply know those players who are part of Cuba’s national baseball program are better trained and ready to transition at a quicker rate than other countries.  Thus, the floodgates have been cracked open so expect this number to increase, especially with Major League Baseball’s strategy to internationalize the sport.

Currently, or as of this writing there are 21 players who are playing in Major League Baseball.  While 25 players make up the official roster, teams are allowed to stretch that number to 40 representing its active roster, so for the sake of argument of the 1,200 players, 22 or less than two percent are from Cuba.