[Washington, DC]    After cleverly knocking out the multitude of Republican candidates for president of the United States, Donald Trump sharpened his tools and surgically dissected the Democrat nominee, Hillary Clinton to win what many considered a huge upset victory.

The president is a coveted role in the United States.  However, the obvious question so many today are asking is why is Donald Trump so upset?

Could it be traced to his first slip-up by showcasing sheer ignorance of governing within our democratic values?  This became crystal clear early in his administration as career political staff tried their best to help him navigate the role.  He misunderstood it and instead behaved as if he was sworn in as the head a monarch, not one whose system was established with three branches of co-equal powers. 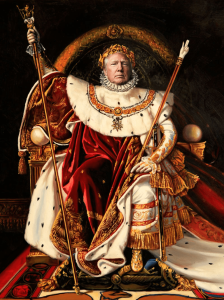 Also, it was bad enough he disrespected the role of basic protocol, particularly with his overt violation of the emoluments clause; insisting he did not have to follow behavior that most presidents accepted with enthusiasm.

A Pig in a Poke

Once Trump threw his name in the hat for the presidency he knew winning would be based on messaging.  Surely, he had no tenure as a public official and he could use that to his advantage.  He persuaded those with any doubt about his brilliance as a businessperson and one who empathized with all who felt the government had turned on them.  It didn’t seem to matter his “success” was built on a false deck of cards as he focused his communication on what he would do for all those who pulled the lever in his favor.  Interestingly, there were millions of folk across the united states who were looking for that very message.  The fact he had ethical challenges or other character flaws was not as important if he could just peel a slice of benefit for those who subscribed to his promises.

Why is Donald Trump so upset?  Could it be the American public are on to his three-card monte scheme?  Could it be he is so frustrated he could bite a hole in a steel pole?  After all, once he proudly assumed the office, for all he knew the party he was able to commandeer was in control of three critical sectors of governance; the presidency, the house of representatives and the senate.  Life appeared great for him, his family and those who supported what he represented!

It’s not my fault

Vilifying others was a winning formula in getting people to support him.  In the science of professional sales, I am reminded of the great Dr. Donald S.S. Greene who happened to be my professor in marketing.  He helped me understand the psychological nuances of how marketers are able to “sell” products to consumers.   He also helped me understand those who consider themselves professional but are really slick-talkers.  Their success is hinged on being able to sell the proverbial “Pig in a Poke.”  As the case with Trump, folk line up for miles to buy it! 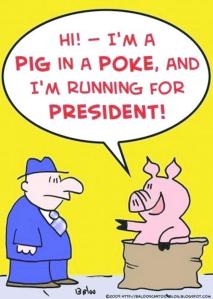 Even though he still hasn’t overcome the notion we do not operate a monarch, he allowed his trusted aide Steven Miller to lead him down the primrose path with the roll-out of the travel ban.  They somehow forgot technology has allowed us to live in a digital world and things we said in the past can easily be recalled.  It was laughable to see his crew claim he was not against Muslims, when in fact there was overwhelming evidence which the judicial system used to deny the ban.

No doubt despite his constant blame of others, the Trump administration has enjoyed success.  You would think that would be enough for them to let bygones be bygones, but not in the world of Trump.  There must be total revenge or vindication.

His latest bonehead which has him seething is once again accepting Miller’s assertion that embracing a “Zero Tolerance” immigration position would result in another winning ticket.  You would think with all he has going for him why does he continue to be so upset?  The answer is really simple.  He has bought into a zero-sum game where he must destroy or otherwise cast into oblivion those who are in his radar – – even the two-year-old child which captured this weeks’ Time Magazine cover.  Then again, all he would have to do is realize the United States despite its shortcoming is governed with democratic values where the people yield the power; at least those who chose to use it.

His current debacle is much more than blocking those who illegally come into the United States.  The core principle of what makes America different is the attitude of basic humanity, despite whatever laws or rules they may have violated.

Pig in a Poke – Baloo