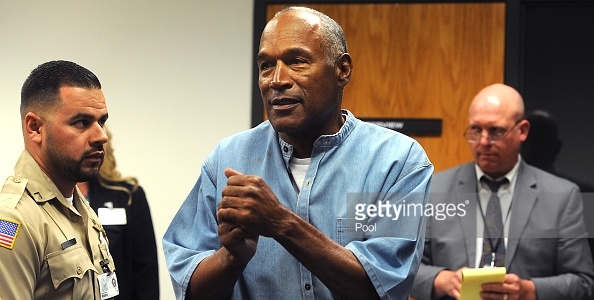 O.J.(Orenthal James Simpson)  was granted parole following today’s hearing held by the Nevada Correctional Board.  In a unanimous 4 to 0 decision, following approximately 45 minutes of various testimony, the board deliberated for about another hour before acknowledging in their opinion Simpson had earned to right for parole, thus they were granting his petition.

Yet, all these years later and for whatever the reason there remains a polarizing divide among people discussing the Simpson issue?  As the announcement was made, I tuned into cable news and was surprised at the vitriol of “professional” commentators who still show disdain for Simpson and refuse the separate the murder case from the property case?

As for the acquittal that Simpson won, the Supreme Court has been clear that in murder cases guilt can only be achieved when there is no doubt…….BASED ON THE EVIDENCE presented by the prosecution.  It’s not good enough for people to say “they know O.J. committed the murders and he is guilty!!”  The jurors saw it differently and to be quite frank their decision did not affirm Simpson guilty or not, they simply communicated that based on the evidence there was reasonable doubt, therefore OJ was not held guilty for the murders.

I know some remain furious, such as CNN’s Jeffrey Tobin and his panel of “expert” lawyers, but the parole hearing was about Simpson’s behavior since being held in custody by the Nevada Correctional System, not a re-letigation of the trial of which he was acquitted.

So for now, in a couple of months, the Juice will be loose again.