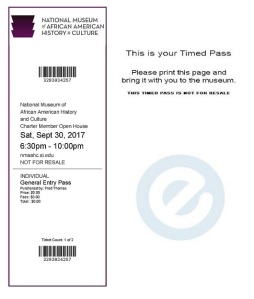 [Washington, DC]   The National Museum of African-American History  and Culture (NMAAHC) recently celebrated its one-year anniversary.  As part of the festivities this past weekend they celebrated a special event for Charter Members.  It was a great event that allowed visitors to explore the museum without the usual wall to wall throngs that have been attracted to one of the top venues on the National Mall.

Some of the exhibits 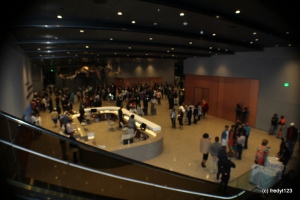 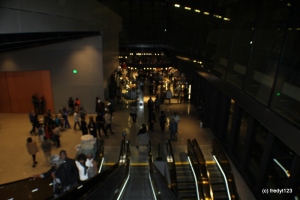 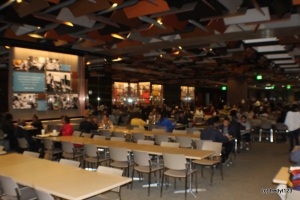 Some of the exhibits 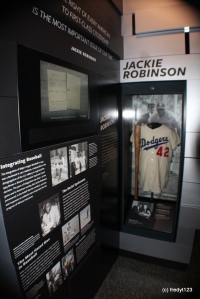 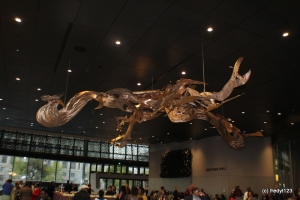 Because it was a night event I left after several hours so I could explore other venues on the mall.  The Washington Monument is directly across the street from the museum and it looked majestic. 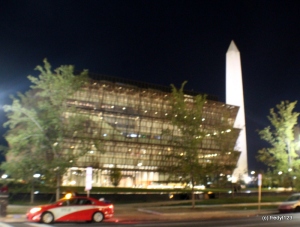 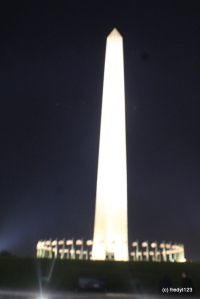 Since Puerto Rico has been devastated by the recent Hurricane’s, I remembered one of the great visuals about the National World War II memorial is a large stone statue representing each state.  Due to Donald Trump’s comments about Puerto Rico which I determined as pure ignorance, lack of sympathy and just plain stupid I was curious about the crowd which had gathered by the stone.  It was refreshing to see so many out, simply reflecting and being in their quiet space while paying respect to the people of Puerto Rico. 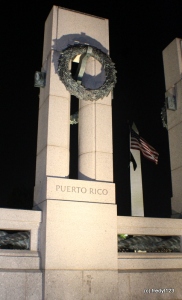 From the World War II Memorial, I made the long trek south to the Lincoln Memorial.  The lighting is amazing and the brilliance of the reflection pool gave a new meaning to our history as a country.  As I made my way up the stairs towards where President Lincoln is sitting while overlooking the mall, I paused so I could stop by the plaque marking the spot where Rev., Dr. Martin Luther King, Jr. delivered the iconic March on Washington speech. 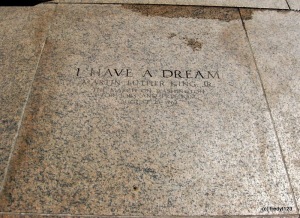 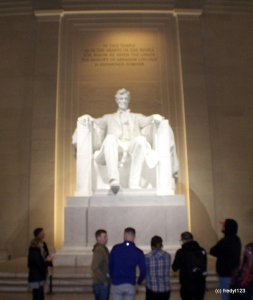 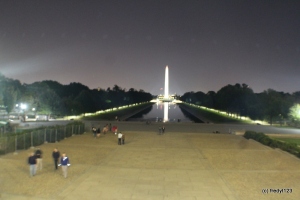 From the Lincoln Memorial it was nearing 11:00pm, so I needed to hustle over to the MLK Memorial.  I was told my staff at the NMAAHC that it was probably closed.  Having been there numerous times, I doubted it was closed but you just never know if there had been any changes implemented by the National Park service.  The site was open and just like the other sites I was pleasantly surprised at the number of people who had milled inside the venue. 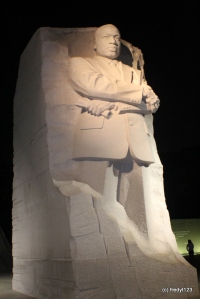 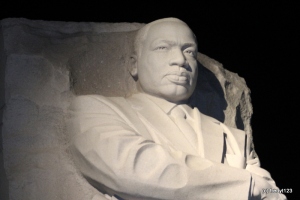 It was a very good trip and I am happy the NMAAHC had the charter event which allowed for another trek of exploration.  Also, those who are familiar with the history of Washington, DC know the city is basically split into four quadrants; Northwest, Northeast, Southwest & Southeast.  For this trek I decided to change it up a bit and selected a Marriott in the Dupont Circle or Northwest section.  This would force me to venture out and reconnect with sites I had not visited in years.  Among others, it was great to spend time in the Adams Morgan neighborhood.

As with any trek, it’s great to experience the communities and culture through food, so listed are some of the food spots I connected with.

Washington DC is full of interesting sites and places to visit.  On another note and to the chagrin of Donald Trump and his supporters who rode into the presidency with high ambitions and a full agenda of what they would accomplish on day one.

“He is a successful businessperson who brings the right skills to get things done.  Plus, he is not a traditional politician and we need someone to disrupt the status-quo,” anonymous Trump supporter

Yet many, especially his most dedicated supporters would be shocked to wake up nearly ten months into his presidency and not be able to point to or claim one legislative accomplishment!   The reason that is important or worthy of caring is due to the bombastic comments and arrogance made of what would happen if elected.  Who can forget his throated comments of what would happen on Day One!.  Have the people been duped?  Has Donald Trump come to realize government is needed and that operations may appear similar to running a business but accountability is much different, especially of things you can get away with at privately closed organizations?

One thing you notice while traveling around the District are t-shirts endearing the terms of President Obama.  No doubt, the District is known as a democratic town and one which has great affinity of Obama.  Still, it’s an interesting parallel when you factor what has occurred since Donald Trump was sworn into office. 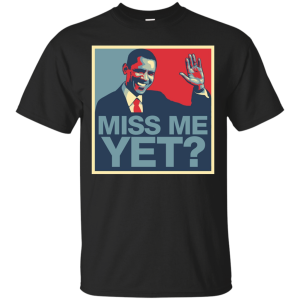 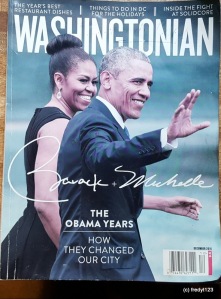 The famous mural donning the side wall of Ben’s Chili Bowl was updated approximately six months ago.  Those familiar with the mural will remember Bill Cosby was featured and the update has removed his image.  It was great to see Dick Gregory being honored. 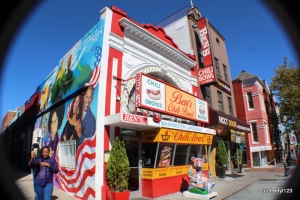 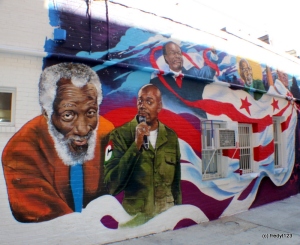 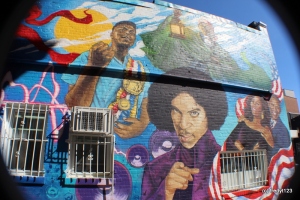 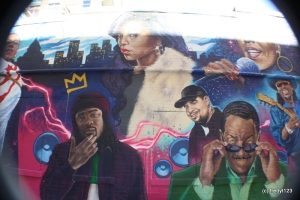 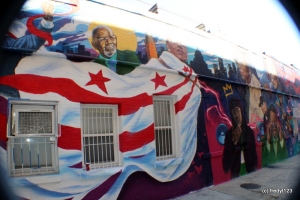 Bub and Pop’s is a great restaurant in Dupont Circle.  They have been featured on Diner’s, Drive-Ins and Dives.

Peet’s Coffee and Tea.  A great place for coffee connoisseurs.  Located on 15th and M it is a great place to chill-out and charge your devices as there are plenty of power outlets and free Wi-Fi is also available.

Uprising Muffin Company is located in the historic Shaw District.  Very roomy but get there early as they only make enough muffins for the day and your selection could get sold out.

Sweet Home Cafe is a remarkable place and part of the NMAAHC.  Even though it was late or around dinner time, and even though grits are a staple within our household, JB gave me a tip that this was the dish to experience.  Outstanding.

Ben’s Chili Bowl is a “must stop” when going to DC.

Busboy’s & Poets is another great spot that is a must stop when travelling to the District.  It’s in the U corridor but the restaurant/bookstore is fantastic and the history pays homage to Langston Hughes who was known as a busboy.  The restaurant is part of the Langston lofts complex which features an apartment complex.  One sad note is as much as I love this place, I was extremely disappointed in the service.  I sat at the bar and couldn’t believe the lack of service, let alone being served their famous chili.  Unfortunately when the waiter finally brought it out, it was cold! 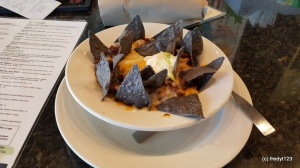 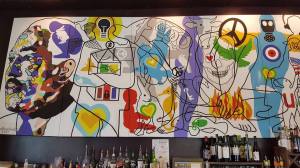 The Diner located in the heart of the Adams Morgan community, it features basic comfort food.

Grille District is located at the Reagan airport inside terminal two.  The pork belly tacos (3) are a must have.