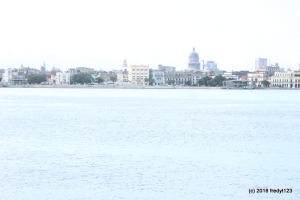 [Washington, D.C.]   Ever since the June 5th announcement I have received many calls/text and other communication regarding this matter.

Unfortunately, similar to the infamous Mueller report, MOST people simply refuse to read the specs for themselves!!!!  It appears they are more comfortable hearing from third-party sources such as media, friends, acquaintances, etc. rather than just taking a couple of minutes to read and comprehend for themselves.  The result is lots of misinformation.

No doubt, the Trump administration continues its assault on guidelines created by the Obama administration to prevent U.S. citizens from going to Cuba.   It has been stated this move was implemented in part because the Cuba government supports the Maduro regime of Venezuela?  The assumption is any money spent from U.S. travelers would financially benefit the Cuban government.  The two largest groups impacted are those who traveled by a cruise ship or who went under the peer-to-peer license.  For a smaller minority, travel is permitted as long as it is under the licenses per the June 5th memorandum.

For clarity on the updated guidelines, please take 5 or 10 minutes to READ THE DIRECTIVE HERE

Carnival cruise lines is one major company that is negatively impacted by the new guideline and yesterday announced it will need to restate its corporate financial projections.