The film “Just Mercy” is set for release Christmas day, December 25th.  It is a must see. 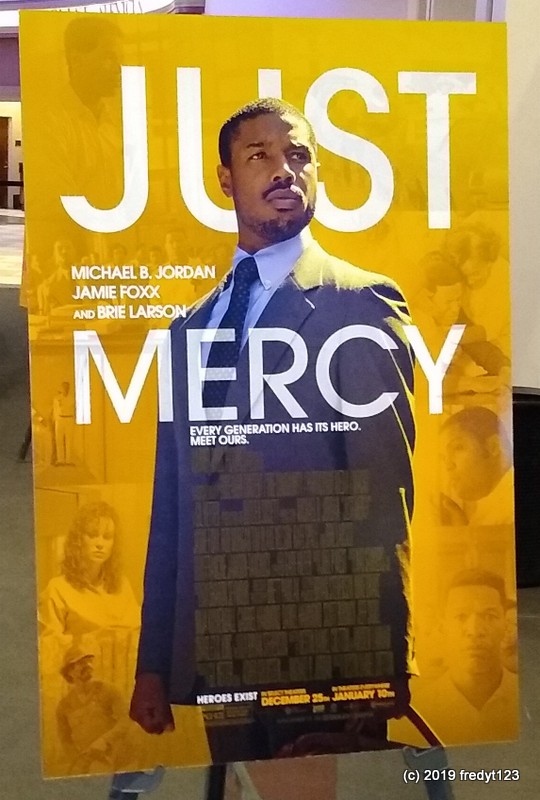 Last night we saw the preview screening at the Regal Theater at the L.A. Live complex.  As many times I have been to the “Regal” I never knew the complex had an 800-seat theater?  Anyway, thanks to the Californian Endowment, Liberty Hill and other organizations each seat was taken.

The film is about the storied career of activist attorney Bryan Stevenson and his work in helping those tied up in the legal and penal system with no or ineffective representation.  The numbers are unimaginable and makes you wonder who in their right mind would take up such a cause where the odds are weighted against you?

“I was able to see the premier at the Grand Lake theater here in Oakland.  It was riveting.  I’ve known Bryan and his work for decades.  He has been an inspiration to motivate me to keep my eye on the prize with the work we do.”  James R. Bell, Burns Institute – Oakland, CA

Acclaimed actor Michael Jordan plays Stevenson.  The film centers around Walter McMillan who is brilliantly played by Jamie Foxx.  McMillan was found guilty of murdering a young lady who is white and had relegated himself to meet his final fate in the electric chair.  You will also see O’Shea Jackson (Ice Cube’s son) bring life in playing Roy Hinton who was another person ensnarled in prison.  It’s one thing to be poor.  It’s another thing to be poor and black!!!  Yet, to be poor, black and in Alabama doesn’t take much creativity to conclude what your ultimate plight will be. 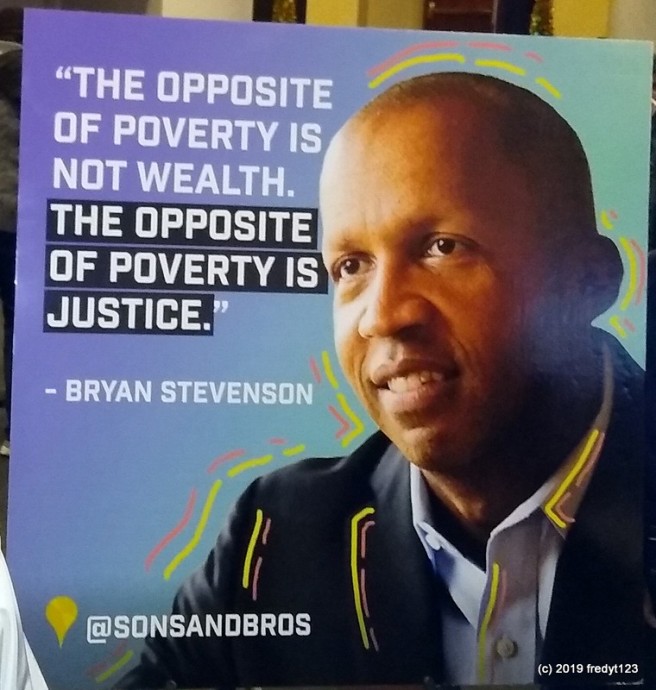 Stevens legal brilliance is well known.  Several years ago, he took up the charge to give voice to the countless African-Americans who suffered death by lynching.  The museum is located in Montgomery and has received rave reviews.  Stevenson is from Alabama and headed north to Harvard Law School to obtain his law degree.  He took the state bar of Alabama and passed.  Upon receiving a grant, he headed back home to establish a legal defense organization to help those like McMillan.

As mentioned, Just Mercy is a must see.  It chronicles a stunning series of events.  There will be times when you will have a smile or a laugh and then there will be times where your eyes will be wet from tears as you are taken through a journey to see if McMillan can receive justice.