Legendary Gospel and R&B artist Aretha Franklin will kick-off the 27th annual Pan-African Film Festival.  The never seen documentary which featured Franklin’s historic album – “Amazing Grace” will finally hit the big screens.  Through all of the years since the 1972 concert was filmed, due to various reasons it had never been shown.

The filming will be seen tonight at 7:30pm at the Director’s Guild located on Sunset Blvd. in Hollywood.  The rest of PAFF’s extraordinary lineup of independent films showcasing producer’s across the diaspora will be seen at the Rave Cinemark theaters in Baldwin Hills at the Baldwin Hills Crenshaw Plaza shopping complex.

A little nugget of history

Watts is a community in Los Angeles.  It was always known as a place many came to call home following the migration of African-Americans moving from parts of the South.  In 1965, due to feeling abuse, discrimination and the basic lack of upward mobility, some members of the community erupted and the riot which followed became known as the “Watts Riots.”

Through the years which followed the name Watts became synonymous with anything bad or negative.  As Los Angeles continued to grow, African-Americans moved in greater numbers to all parts of the city.  It was not uncommon to see various media reports mention any place where African-Americans lived in Los Angeles described as Watts.  More specifically some reports mentioned any place south of the Santa Monica freeway as being in Watts!

Historically, that is laughable if not insulting to the many who lived in Watts and were proud citizens.  The community of Watts is fairly small.  The north/south boundary is Firestone (Manchester) to the north and Imperial Highway to the south.  The east/west boundary is Central Avenue to the west and Alameda Street to the east. 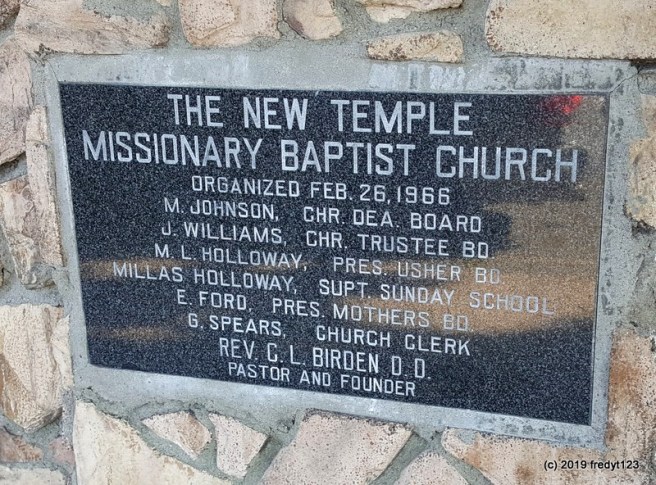 The reason this tidbit or perspective is mentioned is many who have come to know about the famous concert Mrs. Franklin performed in debuting  Amazing Grace have listed the origin as taking place in Watts.  Unfortunately that is not correct.  New Temple Missionary Baptist Church is at 87th Street and Broadway and was erected in 1966.  That location has never been in Watts as it has always been in what is known as South Central Los Angeles.

For more information on PAFF and the 150+ screenings, click HERE

“Frank Robinson’s resume in our game is without parallel, a trailblazer in every sense, whose impact spanned generations,” Commissioner Rob Manfred said. “He was one of the greatest players in the history of our game, but that was just the beginning of a multifaceted baseball career.”  Rob Manfred, Commissioner – Major League Baseball

Baseball legend Frank Robinson passed today at 83.  The announcement was made today by Major League Baseball.  For the past several weeks he was in hospice and while his passing does not come as a surprise, it rekindles the greatness he displayed as a player and all-around talent in major league baseball.

Following in the footsteps of Jackie Robinson, in 1956 Frank broke in with the Cincinnati Reds.  The rest is history.  He was known for his fierce competitive spirit; as a player, a manager and executive within the league.  Robinson shunned fraternization which is prevalent in today’s game.  Perhaps, because players lack the same team loyalty that once was common-place among teams during Robinson’ era.  They move around within the thirty teams at a more frequent pace as putting in more than five years with a team might be considered rare.

During Robinson’s era once the players hit the dugout to prepare for the game, it was unheard of for players to greet those from the opposition or even share a positive nod, let alone embrace them…..even though they may have been lifelong friends.

While Jackie is known for the player to break the color-barrier in MLB, Frank goes down as the manager who did the same.

“Frank use to tell us, we don’t talk to the other team…..we just beat them!!  Former Oriole teammate and Hall of Famer Jim Palmer

Tributes and condolences have started pouring in to acknowledge a life well-lived.  RIP Frank Robinson