Today the Negro Leagues commemorates its 100th birthday.  Starting in 1920, the Negro Leagues became an institution for African-Americans who had professional talent to play but were denied to join Major League Baseball.due to racial discrimination that was the law of the day.

The league has come and gone but today its greatness can be seen as communicated by the Negro League Baseball Museum.  Even though the “old” Negro leagues started in the late 1800’s, it was nearly forty years later when Rube Foster had the vision to organize teams for the masses to enjoy.

The contribution of the league is of great folklore to United States history. 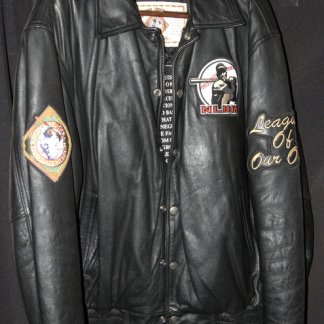 This Negro League jacket was given to me as a gift from my wife Judith. Using her connections, she had Los Angeles Dodger great Lou Johnson secure it for me. 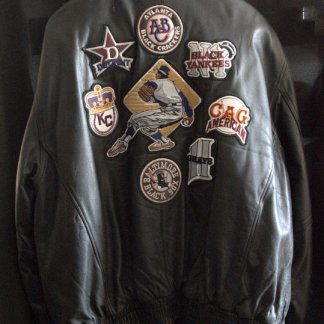 There are many designs of the Negro League jacket but this one is special due to its quality.